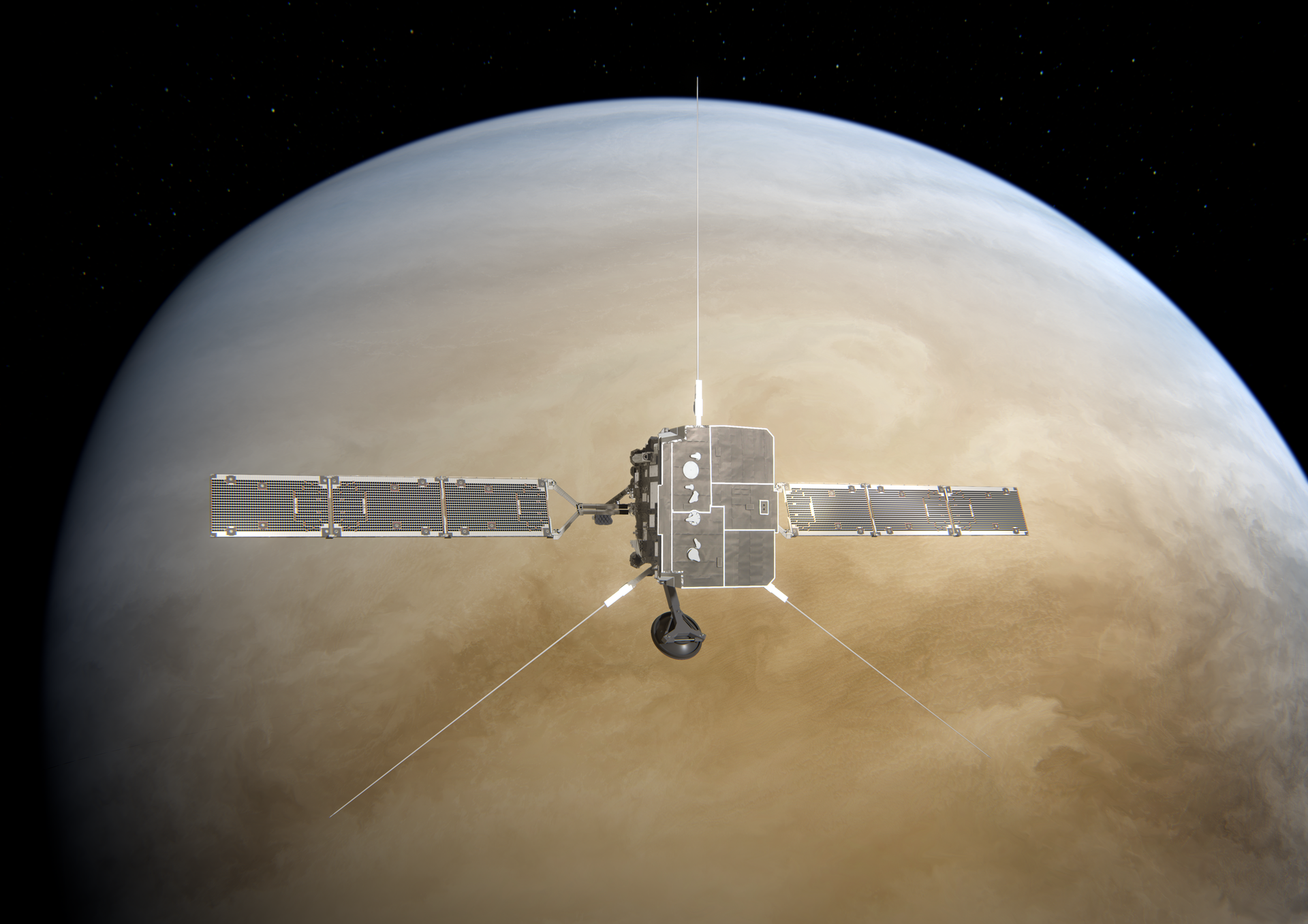 The joint U.S.-European Solar Orbiter spacecraft had an appointment with Venus this morning (Dec. 27), the first in a series of planetary flybys to hone the probe’s orbit on its journey to the sun.

Solar Orbiter reached its closest approach to Venus at 7:39 a.m. EST (1239 GMT), when the spacecraft was about 4,700 miles (7,500 kilometers) from the top of the planet’s cloud tops. The probe, a partnership between NASA and the European Space Agency (ESA), launched in February, bound to spend seven years studying our sun. But to get as close to our star as scientists want to, the spacecraft needs to make some loops, starting with today’s flyby of Venus. And if you’re flying a spacecraft past a planet anyway, you may as well try to get a little data out of the adventure.

“Solar Orbiter is of course a mission not designed specifically to take Venus observations,” Daniel Müller, project scientist for the mission at the European Space Agency, said at a news briefing held on Dec. 10 at the annual fall meeting of the American Geophysical Union, held virtually this month. “We are always looking for bonus opportunities to do science, so yes, we will be doing observations when we approach Venus.”

Solar Orbiter in photos: The US-European mission to explore the sun’s poles

However, the spacecraft’s main goal of studying the sun does limit what work it can do flying past Venus. A key constraint comes from the spacecraft’s sun-wary design. “We always need to point our heat shield toward the sun, that cannot be changed,” Müller said. “The telescopes are all looking through the heat shield in the solar direction.”

So no Venus images for us from this spacecraft. But while scientists are particularly excited for the detailed views of the sun’s poles that Solar Orbiter will eventually provide, the spacecraft also carries a suite of instruments that focus on the immediate environment, and for these, direction isn’t an issue.

During today’s flyby, scientists gathered data using the spacecraft’s magnetometer, radio and plasma waves instrument and some of the sensors on the energetic particle detector. Given those instruments and Solar Orbiter’s distance from Venus, the observations will have a limited impact on science.

“At those kinds of distances, looking at how Venus interacts with the solar wind that’s flowing past it is going to be the key thing we’re looking at,” Tim Horbury, a physicist at Imperial College London and principal investigator of one of Solar Orbiter’s instruments, said during the same panel.

Unlike Earth, Venus doesn’t have a magnetic field, so the solar wind interacts directly with the planet instead of with that field. “It’s a very different interaction,” Horbury said.

And because today’s maneuver marks Solar Orbiter’s first swing past Venus, the team wasn’t sure what to expect scientifically from the flyby. The mission team was in communication with the spacecraft during the flyby, but it will be a few days before scientists can dig into the data the instruments gather during the operation, according to ESA.

“We’ll really be looking out for new and interesting things,” Müller said. “We can’t really say yet what they will be.”